This warning has existed in two forms across the three main linters. It was introduced in the original version of JSLint and has remained in all three tools ever since.

The situations that produce the warning have not changed despite changes to the text of the warning itself.

When do I get this error?

Since May 2013 JSLint will also generate this warning when it encounters a return statement containing an assignment expression. If that's the case in your code you'll want to read the page concerning the "Did you mean to return a conditional instead of an assignment" error instead.

Why do I get this error?

This error is raised to highlight a possible mistake. Your code is unlikely to work as expected if you do not resolve this issue. However, the code in the example above is valid and will not cause fatal errors in any environment.

Instead of checking whether the variable x has the value 0 the example above will assign the value 0 to x. The body of the if statement will not be executed because the assignment expression results in undefined which is falsy.

In the above case it's obvious we've made a mistake and the fix is to simply ensure the use of a comparison rather than an assignment:

There are some legitimate situations that can produce this error too. Consider the following example which is a common pattern for traversing a DOM node heirarchy:

In JSHint 1.0.0 and above you have the ability to ignore any warning with a special option syntax. The identifier of this warning is W084. This means you can tell JSHint to not issue this warning with the /*jshint -W084 */ directive. 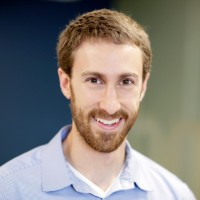 This article was written by Jonathan Klein, software engineer at Etsy, focusing on solving web performance and scalability challenges. He started and organizes the Boston Web Performance Meetup Group.